Why are most beer glass bottles is green?

Every year, every family will go to the supermarket to choose beer at home, we will see a wide variety of beer, green, brown, blue, transparent, but mostly green.When you close your eyes and imagine beer, the first thing that comes to mind is a green beer bottle. So why are beer bottles mostly green? 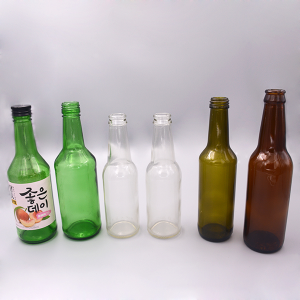 Although beer has a very long history, it has not been in glass bottles for very long. It has been around since the middle of the 19th century.At first, people even thought glass was green.At that time, not only beer bottles, ink bottles, paste bottles, and even window glass were slightly green.Dr Cao Chengrong, from the Institute of Physics, Chinese Academy of Sciences, said: ‘When the process of making glass was not very sophisticated, it was difficult to remove impurities such as ferrous ions from the raw material, so the glass was green.’
Later, the advanced glass manufacturing process, to remove these impurities, but cost is too high, not worth as a precision instruments for use in a glass to effort, and it was found that the green bottle can delay the sour beer, so the end of the 19th century people are specializing in the production of green glass bottles for beer, green beer bottles of traditional will therefore be preserved. 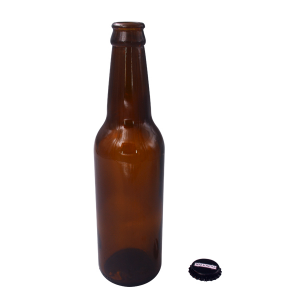 By the 1930s, it was accidentally discovered that beer in a brown bottle tasted no worse over time.”This is because beer in brown bottles is more protected from the effects of light.”Beer in the sun gives off a bad smell.The study found that the culprit was isoalpha-acid, which is found in hops.Oxone, a bitter ingredient in hops, helps produce riboflavin when exposed to light, while isoalpha-acid in beer reacts with riboflavin to break it down into a compound that tastes like weasel fart.

The use of brown or darker bottles, which absorbs most of the light, prevents the reaction from happening, and so the use of brown bottles has since grown.
After World War II, however, there was a period in Europe when demand for brown bottles outpaced supply, forcing some of the more famous beer brands to return to green bottles.Because of the quality of these brands, green bottle beer became synonymous with quality beer.A number of brewers followed suit, using green bottles.
“At this time, with the popularity of refrigerators and the improvement in sealing technology, using brown bottles did not provide any better quality than using bottles of other colors.”Hence the resurgence of green beer bottles.
The original beer bottle has such a history, you get it?